Education & Legacy – over to YOU!

The Key to understanding anything is communication and education. By speaking out and asking questions we can educate, inform and learn. Please use your copy of footsteps along side the educational resources and organisations below to further your own understanding of remembrance and forgiveness.

The Royal British Legion is a UK charity that has been helping Service people past and present for over 90 years, and although their needs have changed over that time the need for our work is as vital as ever. The Legion was founded in 1921 as a voice for the ex-Service community and over 360,000 members continue to ensure that this voice does not go unheard. We’re committed to the welfare, interests and memory of the Service family – those who we feel have made a unique commitment to their country and deserve to be rewarded for that with long term care.

We are probably best-known for our role as the nation’s custodian of Remembrance and for the Poppy Appeal, our annual fundraising campaign. But the Legion is not just about poppies in November, but caring for people all year round.

The Imperial War Museum is unique in its coverage of conflicts, especially those involving Britain and the Commonwealth, from the First World War to the present day. It seeks to provide for, and to encourage, the study and understanding of the history of modern war and ‘war-time experience’. The Museum spans a huge range of activities not only at its main London location but also at its four further branches: the Churchill War Rooms in Whitehall, the historic ship HMS Belfast, moored in the Pool of London, Imperial War Museum Duxford near Cambridge, and Imperial War Museum North in Trafford.

The Museum is partially government-funded but needs sponsorship and donations to sustain its ambitious programmes. You can now donate online – all contributions are very welcome.

2014-2018 marks 100 years since the First World War. This was not only a pivotal time in world history but also marks the beginning of IWM’s history – the museum was originally established in 1917 to collect and display material relating to the Great War, which was still being fought.

IWM (Imperial War Museums) will mark the occasion through a vibrant four-year cultural programme that includes the opening of the new permanent First World War galleries at IWM London, an exhibition at IWM North, learning activities in all five branches, family history events, loans to other museums and institutions, performances, broadcasting, retail products, publications and online projects. Several of these activities will be produced in partnership with other national and international organisations.

For over half a century, Yad Vashem has been committed to four pillars of remembrance: Commemoration, documentation, research and education.

Since 1916, the American people have entrusted the National Park Service with the care of their national parks. With the help of volunteers and park partners, we are proud to safeguard these nearly 400 places and to share their stories with more than 275 million visitors every year. Spanning nearly all of the Pacific Ocean, World War II Valor in the Pacific National Monument preserves and interprets the stories and key events in the Pacific Theater leading up to the U.S. entering World War II, its impacts on the mainland, through to the Peace Treaty in Tokyo Bay, Japan ending the war.

Established by Royal Charter in 1917, the Commonwealth War Graves Commission pays tribute to the 1,700,000 men and women of the Commonwealth forces who died in the two world wars. It is a non-profit-making organisation that was founded by Sir Fabian Ware.

Since its inception, the Commission has constructed 2,500 war cemeteries and plots, erecting headstones over graves and, in instances where the remains are missing, inscribing the names of the dead on permanent memorials. Over one million casualties are now commemorated at military and civil sites in some 150 countries.

The Correlates of War

The Correlates of War Project was founded in 1963 by J. David Singer, a political scientist at the University of Michigan. The original and continuing goal of  the project has been the systematic accumulation of scientific knowledge about  war. Joined by historian Melvin Small, the project began its work by assembling a more accurate data set on the incidence and extent of inter-state and extra-systemic war in the post-Napoleonic period. To do this scientifically Singer and Small found they needed to operationally resolve a number of difficult issues such as what is a “state” and what precisely is a “war.” Building upon the work of other pioneers such as Pitirim Sorokin, Lewis Frye Richardson, and Quincy Wright, Singer and Small published The Wages of War in 1972, a work that established a standard definition of war that has guided the research   of hundreds of scholars since its publication.

One of the best ways you can find out more about remembrance through education is to visit your local library – the best part? Your local library services are free of charge. You can benefit from many things in your local library, its also a great way to find out whats going on in your community and meet other people. Please use the link below and find out where your local library is. And if your not already a member why not become a member today. It’s really easy to join and only takes a few minutes. And remember your local library offers more than just books. You can rent CDs and DVDs, surf the internet, and attend a wide range of events for both adults and children. Many libraries provide access to their loan services online, so you can search catalogues and renew items from your home.

https://www.gov.uk/local-library-services
https://www.worldcat.org/
TED
Is a nonprofit devoted to spreading ideas, usually in the form of short, powerful talks (18 minutes or less). TED began in 1984 as a conference where Technology, Entertainment and Design converged, and today covers almost all topics — from science to business to global issues — in more than 100 languages. Meanwhile, independently run TEDx events help share ideas in communities around the world.
https://www.ted.com/

The resources available at The Open University are simply vast. Please use their website and resources to find out more on war & remembrance and quite frankly anything else you want to know about everything! 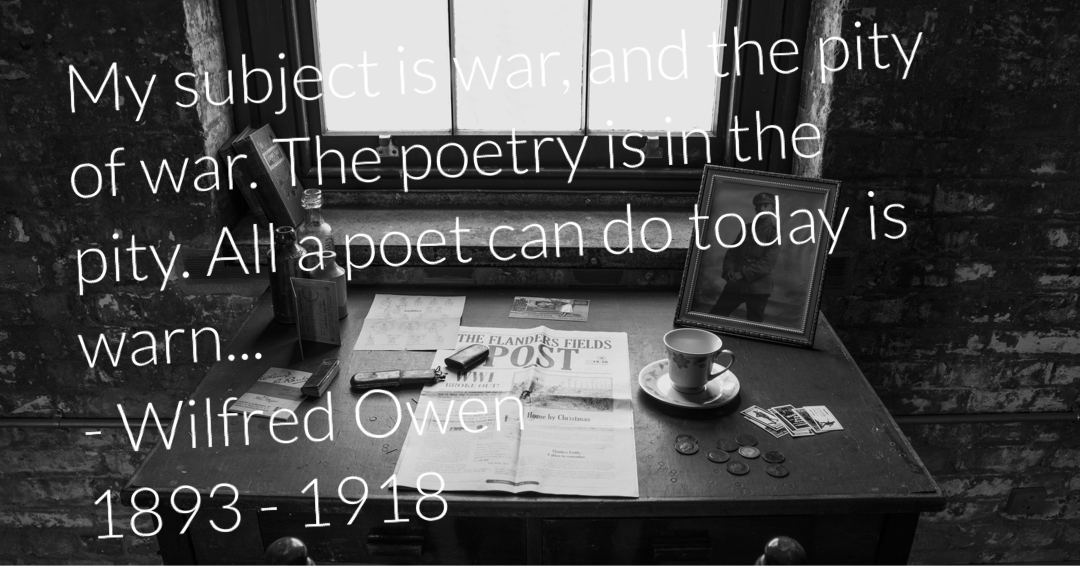